The Chevy Equinox is a great car, except for when the “Reduced Engine Power” light switches on for no apparent reason. This could mean several things are going wrong, but without further inspection, it is impossible to know what the issue is. One thing we do know is when the Chevy Equinox’s engine power is reduced it is a sign that the vehicle should not be driven.

In addition, electrical issues, climate controls, infotainment systems, and emergency alert systems problems were some of the most common issues with the 2013 Chevy Equinox.

According to VehicleHistory.com, over 50% of the complaints filed with the National Highway Traffic Safety Administration were about engine issues with the 2013 Chevrolet Equinox. A class-action lawsuit was filed and the settlement stated that the 2.4-liter engine should extend the warranty to seven years or 120,000 miles.

The 2013 Chevy Equinox engine recalls were just one of the several from Chevy on this vehicle. Others include:

What Does the Reduced Engine Power Light Mean?

There are so many reasons why the reduced engine lights would go on, it is best to look at all the options. It alerts the driver that there is a problem that triggers the lights to go on, with the specific make and model of the vehicle.

Here are some of the possible issues that triggered the light to come on according to AutomotiveDrivingBelt.com.

This is one of the main reasons that the reduced engine power light may illuminate your dashboard. GM vehicles use the throttle actuator control (TAC) in some of their vehicles instead of the throttle linkage and body. TAC was first introduced in 1997 on the C5 Corvette.

The throttle position sensor informs the vehicle’s computer of the position of the gas pedal. The computer registers the amount of fuel and air being directed to the engine. It also controls the gear shifts. When the sensors are faulty, the vehicle is unable to change gears.

When this occurs, the reduced engine power light will illuminate to help increase the vehicle’s limited power problems.

A key component in the vehicle’s computer is the engine control unit, which helps control many of the vehicle’s systems, including the drivetrain. When this happens, the reduced engine power light will come on. In addition to the check engine light. This is a critical issue and you need to have your Diagnostic Trouble Codes (DTC) checked immediately. This will tell you what the problems are and what needs to be done to fix the issue.

Frayed and exposed wires can cause the light to go on. It may also be a loose wiring terminal. It may not sound like a big deal, but finding where the wire issue is, can be an arduous task that should be done by professional mechanics.

Problems with the Cooling System:

When the cooling system fails and the engine overheats, the reduced engine power light may go on in many GM models. The light comes on as a preventative measure so the driver will shut down the car so no more damage can occur.

If it isn’t working properly, it may cause the light to go on. Replacing the throttle body will help the car get the right amount of air into the car engine. This will make it run better.

Having an issue with your catalytic converter may be another reason your Chevy is losing engine power. If it is not working properly you will need to get it replaced as soon as possible.

This is a vital sensor in the Equinox. That may just be the answer to the power reduction issue.

A faulty throttle position sensor in a Chevy Equinox may be causing issues. The Electron Control Unit reads information on gas input and transmission through this sensor. When it goes bad, the cost to replace it is around $300.00.

Wheel sensors can cause the light to go on as well. To replace a wheel sensor, the cost is commonly over $150.

A fuel cap can also cause the reduced engine power light to trigger. Sometimes it is just a loose cap, and the light goes off when it’s corrected. If the cap is broken, it may not be venting properly. To fix the issue, you may need to replace the fuel cap.

If your check engine light in your Chevy Equinox illuminates, it could be many different issues, don’t delay in having your vehicle looked at immediately.

Do You Want to Learn More? Check out the Auto Upkeep Academy

Do You Need a Service Manual for Your Vehicle? Check out Mitchell1. 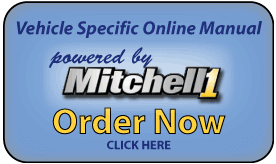