Since the birth of the 1st modern automobile in 1886, by Karl Benz and the introduction of the first popular commercial automobile carriage the Ford Model T in 1908, Cars have become an essential part of our lifestyles and have found a place in zillions of homes across the world. Cars are used by nearly every US citizen and the several top notch car manufacturing companies have sold cars and have established their manufacturing facilities in various parts of the globe. With the advancement in automobile technology and design, more and more people are becoming devout car enthusiast as evidenced by the huge crowd at the various auto shows and Motor shows across the world. Here is the list of the most popular cars in 2014. 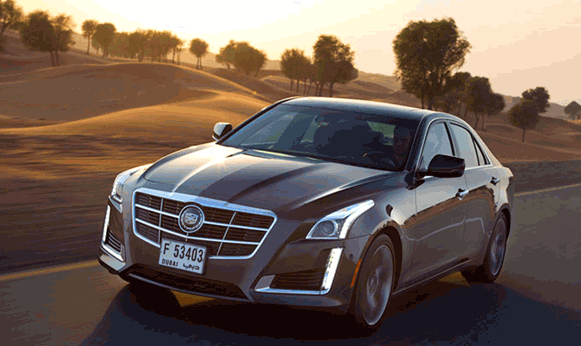 The Cadillac CTS is a luxury sports car, manufactured by General Motors. The Car was introduced the first time in 2003. The car underwent several design and component changes through the course of time and in 2013 at the Frankfurt Motor Show, a new model to be launched in 2014 was unveiled. The 2014 model is the 3rd generation of the Car and utilizes a 2.0L turbocharged I4 and 3.6L V6 engine. The Cadillac CTS is a 4-door sedan which is available in a front-engine, rear-wheel and four-wheel drive. CTS is available with a 6-speed GM 6L50 automatic and 8-speed Aisin TL-80SN automatic transmission. 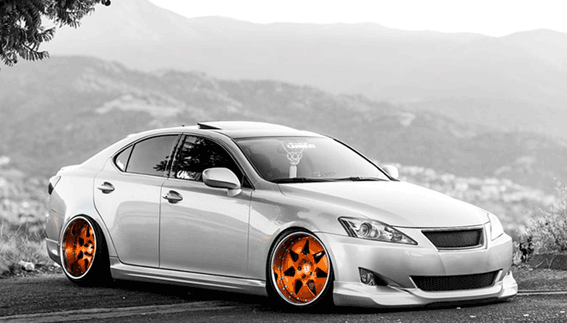 Unveiled for the first time in 1998, The Lexus IS250 is the 3rd generation of the IS series produced by Lexus. The car was first launched as a concept model in 2012 at the North American Motor Show. The retail version of the car was launched in 2014 by famous Japanese designer Masanari Sakae and features a remodeled and more modern and bulkier body. The Lexus IS250 is available in real wheel and 4-wheel drive and 6-speed automatic or 8-speed AA81E automatic transmission. The car was released with several trim levels and variants of the 2500 CC engine. 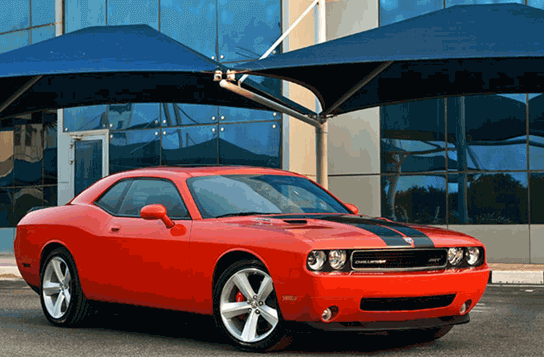 While most cars in the different best cars list contain sedans, hatchbacks and SUVs, the 2014 model of the Dodge Challenger incorporates the classic American muscle car style body with the most modern day automobile components and mechanics. The first model of the famous Dodge Challenger appeared in 1959 and soon became one of the most iconic American Muscle cars. The Car is powered by a 5.7-liter HEMI V8 engine and was unveiled in the 2013 Los Angeles Auto Show. The design of the car is a largely unchanged through the years with the 2014 model being a modern take on the classic design. The Dodge Challenger 2014 features a 5-speed automatic transmission. 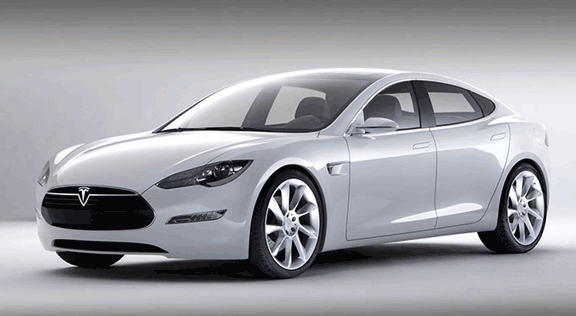 Introduced in 2012, the Tesla Model S is a full-sized electric luxury car and is manufactured by Tesla Motors. The car is powered by an electric motor that utilizes 60Kw and 85Kw batteries to deliver the automobile, average speeds upto 89 kilometers per hour. The car exemplifies the automobile and electrical vehicle prowess of the American manufacturers and is available in a rear motor, rear-wheel drive layout. The 2014 model saw the rise in its popularity with a total of 31,584 units sold worldwide. 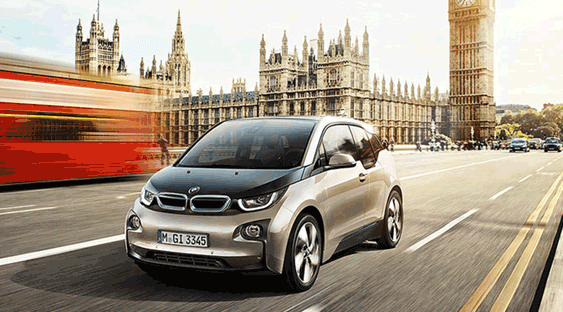 The i3 is a 5-door hatchback produced by the German Automobile manufacturers BMW and is powered by an electric drive train. The BMW i3 was launched for the first time at the 2011 Frankfurt motor show where it was unveiled as a zero-emission electric car. The i3 utilized a 130-Kw electric motor that utilizes a 22kwh lithium-ion battery. The layout of the car is rear engine, rear wheel drive with a single speed fixed ratio transmission. The BMW i3 won the European car of the year and Super-Mini of 2014. 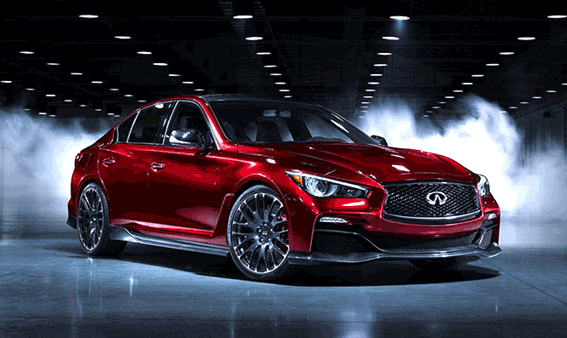 Manufactured by the Japanese automobile company Nissan and is a 4-door sedan which was launched at the 2013 North American Auto show. The car is also known as the Nissan Skyline and follows a front engine, rear wheel and 4-wheel drive layout. The design of the car was largely based off the Infiniti Essence and the Infinity Emerg-E. 4 different engine variants are available for this car with a 7-speed automatic and a 6-speed manual transmission. The Q50 also features a specially designed Bose audio system. 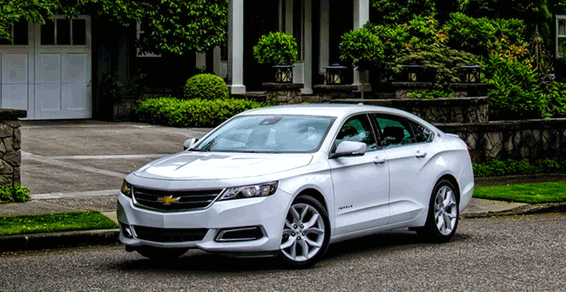 The 10th generation of the original Impala was launched in 2014, and is manufactured by the American motor company, Chevrolet. The Car is built on the GM Epsilon II platform and uses a transverse front-engine, front wheel layout. The 2014 model of the Impala was designed in order to keep the design asthetics of the older models while giving it a modern day look. The Impala is available in 3 different engine variants with L4 and V6 version and 6-speed automatic transmission with e-assist for better maneuverability. 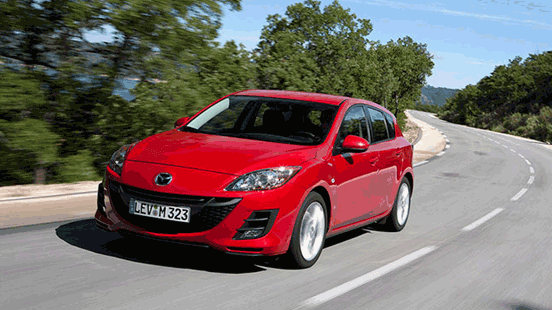 The 3rd generation of the car was launched in 2013 in Australia. The car features an all-new platform with the latest Skyactive Chassis and is powered by a 2.5 liter and 2.0 liter engine. The Cars design was revamped to make it a more modern and sporty looks with an all-new grille. Mazda 3 features a front engine rear wheel and 4-wheel drive and a 6-speed automatic or manual transmission. The car also spawned a couple of other variants with various trim levels and drive train versions.

Making a list of the best 8 cars among the several cars that are launched each year is a magnanimous task. The aforementioned list of the best 8 cars are manufactured and designed by the most top notch and reputed automobile manufacturers in the world and exemplify the best and the latest in automobile technology. For more information on how to buy your dream car please visit the Tilsun Group website, which is one of the largest independent vehicle leasing organizations in the UK since 1998.

Stuart Wood is an automobile enthusiast and likes to drive the latest and fastest of the cars. He is an avid reader of automobile related magazines and also a reputed automobile critic. He is the current contributor to the Tilsun Group’s website tilsungroup.com, which is a vehicle leasing company based in the UK.

Mike has roots in the automotive service industry. He began diagnosing and fixing cars at a young age in his family’s service station. He has worked in automotive parts supply stores, towing companies, and service facilities. After graduating from St. Cloud State University (MN) with a Bachelor’s degree, he implemented and taught a basic car care program at the high school level. During work on his Master’s degree at Illinois State University (IL), he was a curriculum specialist on a National Science Foundation project where he co-authored ten integrated mathematics, science, and technology books designed for team teaching. Mike has also supervised teachers in Career and Technology Education as a school system administrator.
PrevPreviousSafety Smarts: Flat Tires and Other Roadside Breakdowns
NextLocks and Remotes: 7 Common Car Key ComplicationsNext