Why Are There No Hovercars?

If you’ve ever wondered why you can’t scuttle the morning traffic jam and sail through the skies to work like George Jetson does, you’re not alone.  There are really a lot of everyday gadgets we take for granted now that seem to be inspired from watching The Jetsons cartoons on TV, leaving many people wondering why are there no hovercars like George’s available today.  Apparently, real life is a lot more complicated than cartoon living.

How do you envision a successful hovercar?  What does it look like?  Does it have wheels for use on the ground or is up, up, and away its only option?  Where will you keep it when you’re not cruising the friendly skies and how will it get there?

Maybe garages of the future will have a garage-top garage specially built for the hovercar.  Just drop down and call it a done deal, no need to land on terra firma and maneuver into a closed building with a roof.  Of course, a hover car, especially the first one, will be a toy to be babied.  Hover cars will surely require hover car covers to keep them pretty, especially in a garage with no roof.  But where will you store the hover car covers when you’re flying like an eagle?

A strong wind can make driving difficult, even when the wind is coming in mere strong gusts.  Think tornado or hurricane and a lighter-than-air machine may get hurled all the way to the merry old land of Oz.  It could take a lot more than a pair of magic ruby slippers to return you safely to the farm.

If you’re one of those people who has to have the first of every new gadget that comes along, you already know the first model is the most expensive.  With a whole new technology, a hovercar will be quite pricey in the beginning and probably for a long time afterward.  It will need to be insured.  It doesn’t take more than filing a claim or two to discover the insurance industry is not one for thinking outside the box.  Things don’t move very quickly there and new, inventive claim applications seem to get pigeon-holed into old claim codes.

Speaking of pigeons, just imagine the delay in processing that would be caused when you say your vehicle got totaled because you sucked up a pigeon into your exhaust system.  Or drove into the 13th floor of a very tall building.  Or you dropped your purse and gave a man on the street a concussion. 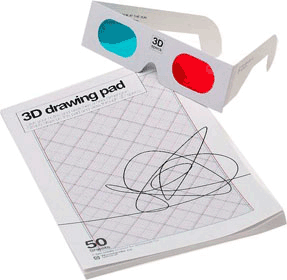 Traffic fatalities are considered a preventable form of death and yet there were 45,800 people killed on America’s roadways in the year 2000 alone.  Another 2.4 million people suffered injury.  If traffic accidents already claim the #6 spot in cause of preventable death in the US and we’re only traveling in two dimensions (left and right, forward and reverse), are we ready to add another dimension — up and down — to the equation?

The injuries would skyrocket, too, and change in nature as falling out of the sky became more common — ouch!  The more safety features built into an aircraft, the heavier it gets.  The heavier it is, the more fuel it consumes and steering becomes sluggish.  All those crazy drivers on the road make a jaunt across town treacherous enough without expecting them to make room for incoming flying machines, too.

Journal of the American Medical Association (JAMA):  Actual Causes of Death in the United States, 2000

There are lots of grumpy people pumping gas these days and that’s just to travel in two dimensions.  Add a third, gravity-defying dimension to the fuel load and you break the bank.  A hovercar might also need a gas tank so big it defeats the anti-gravity mechanisms that got you shopping for a hover car in the first place.  If you don’t like traffic jams now, imagine the commuter nightmare you’ll be facing when you have to juggle multi-jobs to keep your hovercraft’s tank full.

Ecologically minded technologies have cleaned up the air around our landlocked vehicles and, for that, many people are grateful.  When we take clean air for granted, all it takes is one look at footage from Beijing on a smog-filled day to be thankful for unleaded gasoline.

A hovercar may never use gasoline to get up and go but, whatever the fuel, lift-off will likely require a down draft that will stir up the dust and the dirt in all directions.  Not so bad when you soar above it all but the people on the ground will not be happy.  If you dread housework now, you’ll absolutely loathe the litter of dust bunnies from hell your family hovercar will create.

To get a license to drive a hovercar, would you need to take driving lessons or flying lessons?  Get a driver’s license or a pilot’s license?  Whether a license from the state department of motor vehicles or the FAA, you can be sure Johnny Law will be up there, too.  It would be nice to leave road rage on the ground but we’ll need a whole new rulebook so we can keep the friendly skies friendly.

It’s Not Lonely at the Top

Here on the ground we’ve got crowds to deal with when we drive.  Some of the crowd drives cars or trucks but there are trains and buses, too.  And motorcycles, bicycles, tricycles, vans, SUVs, even boats in tow, and pedestrians, too.  It’s not lonely at the top, either.

The skies are filled with really, really big machines that travel much, much faster than a personal hover car likely ever will.  Some of us are pretty stubborn about yielding the right of way on land but these giant flying machines coming at us at hundreds of miles an hour will make history out of our cute little hovercraft long before we can even think ‘blinker.”

So why are there no hovercars flitting through the skies?  We’re just not ready for them.  The technology is in constant study and the ability to make and use a hovercar is an almost-undeniable thing of the future but all technology needs people.  Are we humans really ready for hovercars yet?

We may not be there yet but do keep CarCovers.com in mind for when we are.  You’ll want a cover for your hovercar and CarCovers.com will have exactly the hover cover you need to protect the hovercar in your life.  Betcha that’s where George Jetson gets his.

Mike has roots in the automotive service industry. He began diagnosing and fixing cars at a young age in his family’s service station. He has worked in automotive parts supply stores, towing companies, and service facilities. After graduating from St. Cloud State University (MN) with a Bachelor’s degree, he implemented and taught a basic car care program at the high school level. During work on his Master’s degree at Illinois State University (IL), he was a curriculum specialist on a National Science Foundation project where he co-authored ten integrated mathematics, science, and technology books designed for team teaching. Mike has also supervised teachers in Career and Technology Education as a school system administrator.
PrevPreviousTop Reasons to Opt For Personalised Number Plates
NextHow to Buy a Used CarNext