Opening an Auto Dealership? Here’s How to Decide Which State Is Your Best Bet 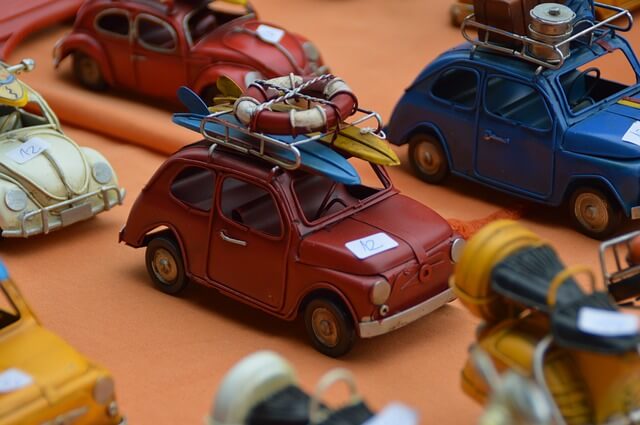 These are great times for auto dealers. 2014 was a stellar year in terms of sales and the future’s looking bright with the average growth rate up 9% since 2010. That means it’s a fantastic time to either open a dealership or expand your current one.

But you always face tough choices on where to expand and invest your resources. Build a new location in the right market, and the benefits are enormous; make the wrong choice, and you could wind up seeing your investment fall flat.

If you’re ready to open a new dealership, follow this easy car dealer bond process. Then, read through our list of the 5 best states in which to open your next dealership (all based on the latest National Auto Dealers Association data). It’s got all the information you’ll need to choose the best place to start your next dealership.

With a typical growing sun-belt economy, and a steadily increasing population, Arizona is flexing its economic muscles. That’s translated into solid profits for auto dealers. With growing car-friendly suburban populations, this trend looks likely to continue.

Still, what does the data say? While only 194 new dealerships opened in 2014, existing dealerships averaged just under $80 million in sales over the course of the year. That puts Arizona at the top of the country in average sales.

All of this together means that despite being a medium-sized state, growth opportunities abound for auto dealers.

Continuing the positive trends coming out of the Southwest, Nevada is seeing excellent economic growth, particularly in its southern regions. While Tesla’s $5 billion dollar factory near Reno may raise some eyebrows for traditional auto dealers, the industry here is showing similarly strong growth to Arizona.

The average annual sales for a dealership in 2014, for example, topped $65 million. Even the harder hit areas around Reno are seeing new dealerships pop up. Put simply, low land prices, a great car culture, and economic growth make Nevada one of the best places to open a dealership today.

The numbers and trends in Florida tell a similar story to Arizona and Nevada, but with a much bigger economy to back them up. That means more options in terms of property, target markets, and customer bases when you’re looking to open your new dealership.

Of course, there’s some stiff competition with Fort Lauderdale-based AutoNation posting record sales in June and Southwest Florida Choice Awards inspiring local loyalty. But with average annual sales of over $72 million and more than 800 new dealerships opening in 2014, and a business-friendly climate, Florida shows great potential.

The sunshine trend continues with Oklahoma’s impressive recent record of growth. Indeed, while lower oil prices may worry many in the state, that’s great news for auto dealers as consumers look forward to driving more for less.

With Oklahoma’s average sales per dealer (which are second in the country, at over $79 million), low land costs, and business-friendly state government, Oklahoma is a great place to open a new dealership.

Just bear in mind, Oklahoma City boasts the second highest preference for US brands in the country (it’s at 58.6% and only Detroit has a higher rate), so you might want to make that dealership a domestic one.

Always a pioneer, California continues to present a wealth of new opportunities for auto dealerships. Besides heavy investment in new technology and fuel infrastructure, California is finally coming out of its doldrums. Even its famous rivalry with Texas seems to be turning.

It’s not surprising that California also boast the largest overall market for auto dealers, but the impressive per dealership average of $75 million per year shows that success isn’t just in the size of California’s economy, but in its performance.

Overall, California is an excellent market both for dealerships looking to hitch onto growing regions like the Bay Area,and those trying to pioneer electric vehicles. From Google to Apple, the future of the car seems to be coming out of California, so why not join in?

A Bright Future for Dealerships Across America

Overall, despite some worrying potential changes in the industry coming from disrupters like Tesla Motors, the next several years are looking bright for the auto industry.

What do you predict for the next several years, and in particular, which are the best markets through which to take advantage of this growth? Let us know what you think in the comments.

Eric Halsey is a historian by training and disposition who’s been interested in US small businesses since working at the House Committee on Small Business in 2006. Coming from a family with a history of working on industry policy, he has a particular interest in Surety Bonding, the Auto Industry, and Professional Certification; he loves sharing his knowledge for JW Surety Bonds.

Mike has roots in the automotive service industry. He began diagnosing and fixing cars at a young age in his family’s service station. He has worked in automotive parts supply stores, towing companies, and service facilities. After graduating from St. Cloud State University (MN) with a Bachelor’s degree, he implemented and taught a basic car care program at the high school level. During work on his Master’s degree at Illinois State University (IL), he was a curriculum specialist on a National Science Foundation project where he co-authored ten integrated mathematics, science, and technology books designed for team teaching. Mike has also supervised teachers in Career and Technology Education as a school system administrator.
PrevPreviousConcussion and Helmet Safety: Top Tips to Save Your Brain
NextCommon Car Cleaning Myths That May Surprise YouNext